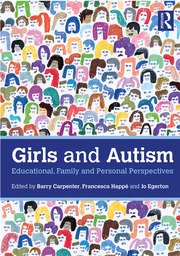 Often thought of as a predominantly 'male' disorder, autism has long gone unidentified, unnoticed and unsupported in girls - sometimes with devastating consequences for their social and mental well-being. As current research reveals a much more balanced male-to-female ratio in autism, this book provides crucial insight into autistic girls' experiences, helping professionals to recognize, understand, support and teach them effectively. Drawing on the latest research findings, chapters consider why girls have historically been overlooked by traditional diagnostic approaches, identifying behaviours that may be particular to girls, and exploring the 'camouflaging' that can make the diagnosis of autistic girls more difficult. Chapters emphasize both the challenges and advantages of autism and take a multidisciplinary approach to encompass contributions from autistic girls and women, their family members, teachers, psychologists and other professionals. The result is an invaluable source of first-hand insights, knowledge and strategies, which will enable those living or working with girls on the autism spectrum to provide more informed and effective support. Giving voice to the experiences, concerns, needs and hopes of girls on the autism spectrum, this much-needed text will provide parents, teachers and other professionals with essential information to help them support and teach autistic girls more effectively. 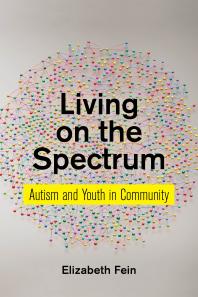 How youth on the autism spectrum negotiate the contested meanings of neurodiversity Autism is a deeply contested condition. To some, it is a devastating invader, harming children and isolating them. To others, it is an asset and a distinctive aspect of an individual's identity. How do young people on the spectrum make sense of this conflict, in the context of their own developing identity? While most of the research on Asperger's and related autism conditions has been conducted with individuals or in settings in which people on the spectrum are in the minority, this book draws on two years of ethnographic work in communities that bring people with Asperger's and related conditions together. It can thus begin to explore a form of autistic culture, through attending to how those on the spectrum make sense of their conditions through shared social practices. Elizabeth Fein brings her many years of experience in both clinical psychology and psychological anthropology to analyze the connection between neuropsychological difference and culture. She argues that current medical models, which espouse a limited definition, are ill equipped to deal with the challenges of discussing autism-related conditions. Consequently, youths on the autism spectrum reach beyond medicine for their stories of difference and disorder, drawing instead on shared mythologies from popular culture and speculative fiction to conceptualize their experience of changing personhood. In moving and persuasive prose, Living on the Spectrum illustrates that young people use these stories to pioneer more inclusive understandings of what makes us who we are. 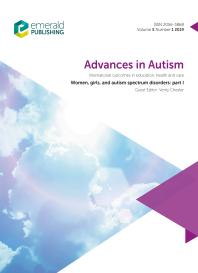 The special issue aims to collate new empirical research studies and opinion / conceptual pieces on issues relevant to women and girls with ASD, to increase recognition of the characteristics, support, service and treatment needs of this group, staff and clinician training requirements, clinical utility of available assessments and to seek patient and career perspectives. 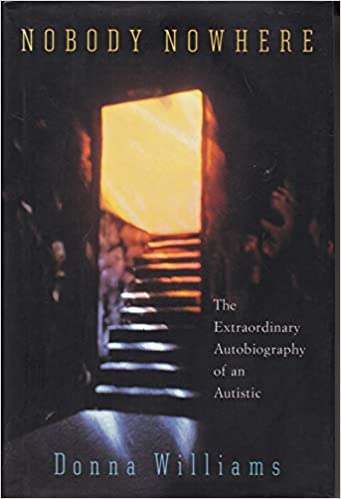 Nobody Nowhere : the Extraordinary Autobiography of an Autistic by Donna Williams

Labeled deaf, retarded, disturbed, and insane, Donna Williams lived in a world of her own. Alternating between rigid hostility and extroversion, she waged what she termed her war against "the world." She lived in a dreamlike state, withdrawn, viewing her incomprehensible surroundings from the security of a "world under glass," parroting the voices of those around her in the hope that they would leave her alone. Few people understood her, least of all Donna herself. She knew only that something was wrong with her, and she yearned to be "normal." It was not until three years ago, when Donna was twenty-five, that she discovered the word - autism - that would at last give her the opportunity to understand herself and to build a bridge to join the real world. Nobody Nowhere, Donna's extraordinary autobiography, is her attempt to come to terms with autism and is a vivid memoir of the titanic struggles she has endured in her quest to merge "my world" with "the world." The book takes readers on an incredible journey into the mind of an autistic person and in the process gives an unprecedented insider's view of a little-understood condition and destroys the many myths and misconceptions about autism. As useful as the label of autism has been for her, her memoir reveals that the label does not define her. This eloquent, often searing book also illuminates her fierce intelligence, creativity, and sense of humor. Hers is a story of incredible courage and inspiration, too. Reared in an extremely hostile environment, Donna faced the ever-present threat of institutionalization. Instead, she ran away from home at a young age, survived on the streets, and even managed to get herself through college. Today she lives independently. While Nobody Nowhere will be a breakthrough book for autistic people and their families, its poetic sensibility and extraordinary insights will make it inspired reading for anyone interested in the soul of the mind.