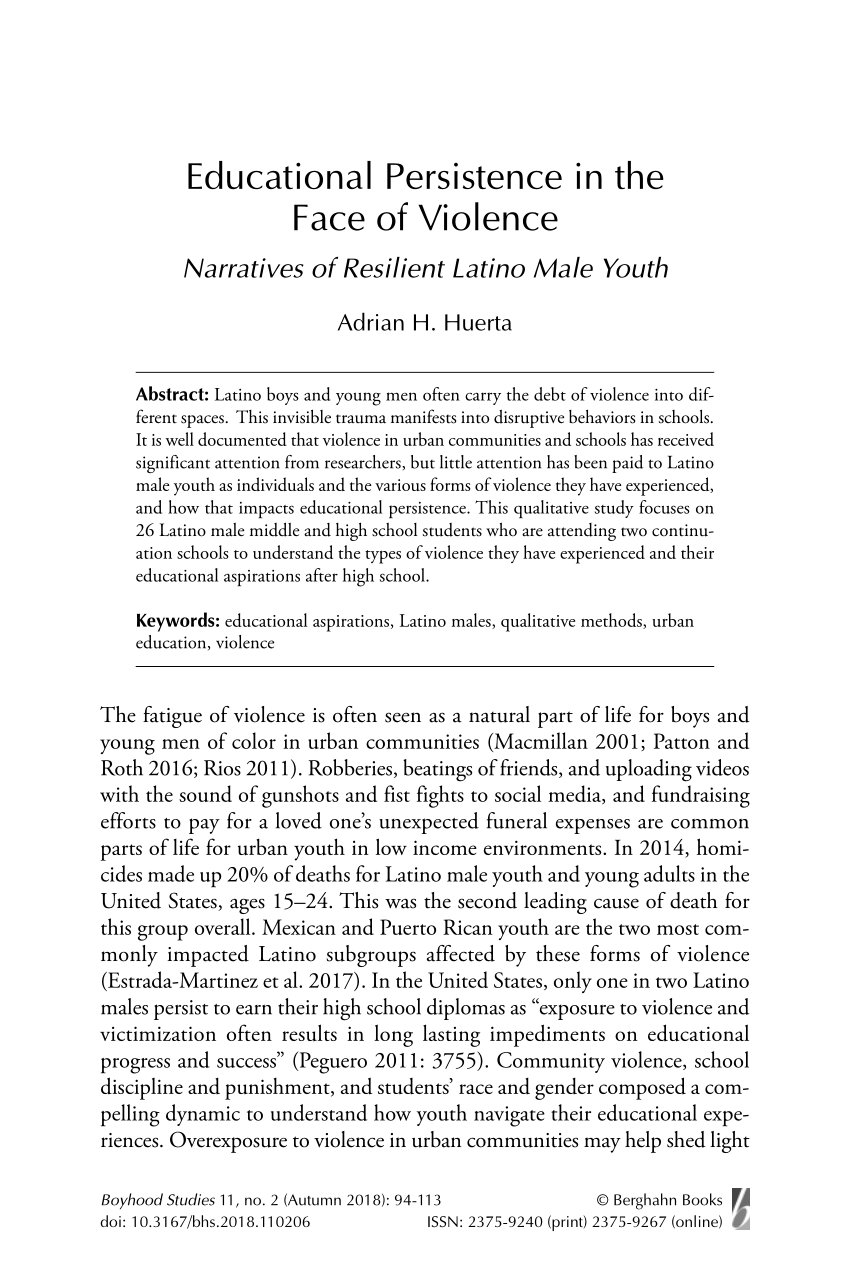 Latino boys and young men often carry the debt of violence into different spaces. This invisible trauma manifests into disruptive behaviors in schools. It is well documented that violence in urban communities and schools has received significant attention from researchers, but little attention has been paid to Latino male youth as individuals and the various forms of violence they have experienced, and how that impacts educational persistence. This qualitative study focuses on 26 Latino male middle and high school students who are attending two continuation schools to understand the types of violence they have experienced and their educational aspirations after high school.